In my search for good games to play, I tend to spend some time watching ‘Lets plays’ of titles I’ve not tested before. One of the fellows that makes quite good lets plays is a norwegian fellow named ‘Addexio‘ (norwegian speaking), and one of the titles he played is the canadian game named ‘The Long Dark‘.

During the Steam sale (that was finished last night) I purchased the game. and after like five minutes into the the game I realised that this was the game for me 🙂


The Steam comment says this about the game
The Long Dark is a thoughtful, exploration-survival experience that challenges solo players to think for themselves as they explore an expansive frozen wilderness in the aftermath of a geomagnetic disaster. There are no zombies — only you, the cold, and all the threats Mother Nature can muster. Welcome to the Quiet Apocalypse.

You are alone. I mean, really alone. There is no other human npc’s (except various corpses you encounter from time to time) and no alien forces, foreign goverments, bad guys or any other deep plot to think about. The story is simple, there has been a disaster, humankind seems like it has been wiped out (except you), and your only goal is to survive. The location is the deeep frozen forests somewhere in Canada, and you only got what you had when you crashed into this landscape (that is not much, a small amount of food, a couple of matches and some clothes). You need to survive on your wits alone, and what you are able to scavenge from abandoned cabins, fishing huts and hunter-lookouts you might be able to find… if your still alive.


Thats the hard part of this game. Staying alive. Everything plays a part in making ‘the rest of’ your life a living ‘hell’, where you risk of freezing to death, death by sleeping out in the snow in minus 40 degrees celsius, mauled to death by wolves or bears, death by food posioning, death of thirst…and so on and on.
Trust me, you will never be so happy in any game when you manage to find a battered up tin can of tomato soup 🙂 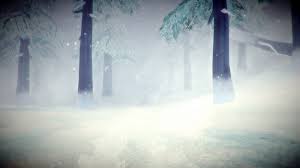 Its easy to feel very alone….


I dont know how many times I’ve stayed on the inside of a door in a cabin with the choice. Should I stay or should I go on? I would have like firewood and warmth in the cabin, but with only a single chocolate bar left as food, you would not surive long there… so you step outside, meets a blizzard of minus 33 degrees celsius, turn around and silently cursing the sadistic developers as you settle down to out-wait the storm hoping for a better tomorrow…and then, the next day its even worse but you got no choice… so you bundle up, pull your jacket around you (hopefully you got one) and step out into the void hoping against hope that you will find a cabin, even a small fishing hut that has some kind of food stored somewhere….

I have never played a game that makes you feel so alone, so desperate, so…’dang, I’m f*cked’ over and over again. 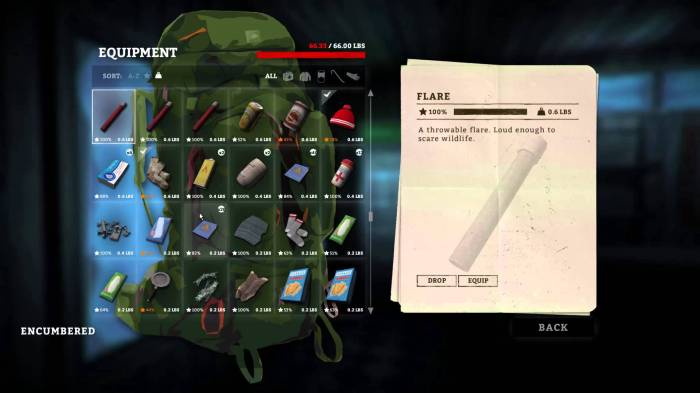 You can actually craft stuff in this game too. Its something that is not easy, due to that you need materials to craft… like, for example, to make a couple of warm shoelike items, you need the hide of a deer… you got no weapon at the start… so you feel really lucky when you stumble over a deer carcass and are able to get the skin, maybe a pound of meat and some guts from the corpse… then you discover that in order to be able to use the skin for the boots, it needs to be air-dried for five days before its ready… and you got one can of soup left…and two matches…


To put it simply. If you like this type of games, this is the sh*t. Its still in early access and updates are ‘constantly’ added to the game. It will also have a story mode later on (when this is written its only the sandbox and some ‘challenges’ that are unlocked). Take a round on youtube and watch some lets plays of it, and then test it for yourself if you have the coins to spare. Its awesome.

This is a private gaming blog by Grymrock from the 'Panzerwax Gaming Clan' in Norway.

For those games that needs a bit of extra music or if you just want to listen to some cool gaming music, here is a few spotify playlists for you all.
Follow Klubba on WordPress.com
Play retro oldie games in your browser. Game-Oldies.com